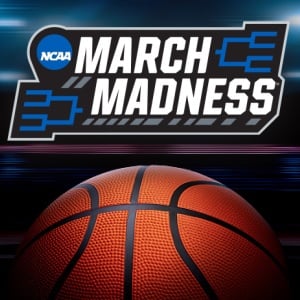 Are you ready for some basketball action?  You should since today, the first round of the 2022 NCAA Basketball Tournament finally begins! For today’s schedule we get to see 16 matchups that will take place in Buffalo, Fort Worth and Indianapolis. But first, let’s take a look at some 2022 March Madness Betting Facts to make things more interesting.

Around this time every year, millions of basketball fans start talking about NCAA Division I Men’s Basketball Tournament.  For many, it is watching and rooting for their favorite team with friends and family. For others, it is a way to make to make money by placing a bet on Match Madness.

Then, we have people that use March Madness as a way to socialize. Either as an excuse to go out to their favorite watering hole or by joining a March Madness Bracket Pool. Whatever reasons you may have for following the tournament, one thing is for certain. People are having fun with it and companies are making a profit from sportsbooks to fast food chains and more!

2022 March Madness Betting Facts that will Blow Your Mind

According to Pay Per Head Sportsbook providers, March Madness is big business both on and off the court. For example, the price of a First Four Game ticket is $69 while a Final Four ticket starts at $132. For advertisers, the price of a 30 second commercial starts at $2 million during the 2022 title game.

As to sports betting, it is a totally different animal. Here is why.

Every year, more bookies are making a profit from March Madness. This is because more people are betting on it and due to how easy it is to open a sportsbook with a Pay Per Head.

Open a Sportsbook for March Madness with PricePerPlayer.com for $5 or Less Per Player!

There is nothing like drinking and eating with family and friends during March Madness.

Food vendors are definite winners during the tournament and are fighting for your money. For pizza lovers, Pizza Hut is going all out for your business by selling their Big Dinner Boxes between $20-$25.

Of course, chicken wings are also a favorite with a 23% increase in orders during the tournament. In fact, 2.3 billion wing portions will be eaten during March Madness.

Beer companies are also a big winner and are expecting to see a 19% in sales during the tournament. On average, American beer companies will produce 14 million beer barrels per month. However, during March Madness, that number increases to 18 million barrels.

To finish our fun facts about March Madness, let’s talk about vasectomies. This is because vasectomy clinics see a 22% increase in vasectomies during that time. The reason is because it is the perfect excuse to take a few days off to watch the tournament. Hence, March Madness is known as “Vas Madness” amongst urologist!

Open a Sportsbook Today with PricePerPlayer.com for $5 or Less Per Player and Profit Big from March Madness!