There were a lot of surprises and disappointments during the first week of the NBA summer league. Jalen Suggs and Jalen Green made excellent performances during their debuts. Also, Immanuel Quickley and Payton Pritchard showed that second-year players are not pushovers during the preseason.

Jalen Johnson was the 20th pick in the draft. However, it looked like Atlanta got the steal of this year’s draft class. He is averaging 17 points, 1.3 blocks, and ten rebounds in the first three days of the summer league. Also, he shot more than 56 percent from the field. 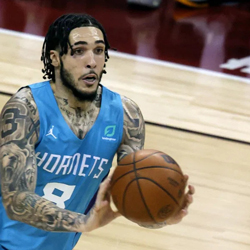 LiAngelo Ball showed he could play in the NBA. He averaged 11 points and shot 44 percent from the three-point range. It looked like he would earn a training camp invitation based on his skills and not by his name.

Another revelation in the first week of the summer league is Miles McBride of the New York Knicks. He averaged 15 points, 2.7 assists, and five rebounds. Also, he shot 63.6 percent from the two-point area and 61.5 percent from the three-point range. His performance could earn him a spot in the rotation.

Alperen Sengun lived up to the hype. He showed his high offensive skill level and the ability to block shots. Thus, the Rockets made an excellent decision of trading up with Oklahoma City to get him at the 16th spot of the draft.

Josh Giddey couldn’t show what he could do to help Oklahoma City. He played a few minutes before he suffered an ankle injury. Thus, we can’t decide on whether he is worthy of the sixth spot at the draft.

Becoming a bookie for the NBA season is simple. However, the easiest way to open a sportsbook is through a pay per head solution.