The National Football League preseason is here, and many people are eager to wager on games. So, we looked at the trends and created our 2021 NFL preseason sports betting guide.

Betting in the preseason is different from gambling in the regular season. There is little to no game planning. Also, winning is not the primary goal of the teams. Here’s one of our sports betting tutorials to help you prepare for the preseason. 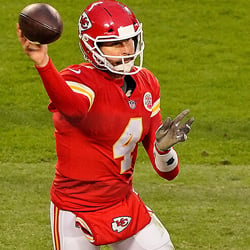 The first thing you need to do during the NFL preseason is to bet on the Ravens. But, of course, winning preseason games is not the goal, except for the Baltimore Ravens. According to sports betting software platform providers, the Ravens are 37-12 straight up during the preseason. The last time they lost a preseason game was September 3, 2015.

The trend would not change any time soon. Coach John Harbaugh is a great coach. Also, he admits wanting to win the preseason games. But he said that winning is better than losing.

It would be best if you also wagered on non-conference underdogs. There is unfamiliarity between players from different conferences. Also, preseason games usually have small spreads, except when the Ravens are involved.

Those are the things you need to know about NFL preseason betting. Read our other gambling tutorials to improve your sports betting profits.