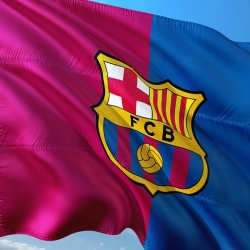 What seems to be the impossible is happening: Lionel Messi will be parting ways with Barcelona. Messi’s contract with Barcelona expired earlier this year. However, fans and football bettors alike had little concern as both parties have agreed to an extension. To hear the sudden announcement of Messi not being part of Barca is quite surprising. Those who want to be an online bookie should know how important athlete’s updates are, such as how Messi leaves Barcelona, and how it can have an impact on betting lines. And it will have a big impact, as the news of this alone has shocked the whole world.

Not a lot of software sportsbook bookies would have anticipated this news. After all, Messi and Barca previously agreed to a five-year contract extension. But basically, because of a La Liga rule, their new contract extension cannot be signed. Apparently, the salary cap rules of La Liga will mean that the club will be overspending if they keep Messi.

Joan Laporta, Barcelona President, said that if Messi is to stay onboard, then the club will be spending 110% of their annual revenue on player salaries. This is despite Messi’s contract extension already coming in at a highly reduced rate. However, La Liga proposes that a sale of 10% stake of the competition to a private equity firm (CVC) could allow for Messi to play. Barca seems to bot be in favor of this recommendation. The financial trouble of the club is subtly blamed on previous club President Josep Maria Bartomeu. Not only salary caps are the issue with the club, as they also stand to lose almost $600 million in the 2020-2021 season.

Naturally, we will be seeing new lines on Messi’s future on various online sportsbooks. This is quite easy to achieve with a pay per head platform, for those who want to be able to offer such wagers in their sportsbooks. Paris Saint-Germain is one such club wanting to sign Messi on. Even though Barca fans had a scare last year when Messi wanted to leave the club, some changes in management seemed to have allayed that problem. But for Messi, who has been wearing Barca’s colors for 21 years, may end up wearing another set of jerseys soon.

Get the Top Sportsbook Software for Online Bookies Here!