State senators introduced two bills in the current legislative session that will give more stringent punishment for spectators, athletes, and parents who are guilty of terrorizing and assaulting sports officials.

Senator Glenn Wakai introduced Senate Bill 2549 that will make assaulting sports officials a second-degree assault offense. It includes causing physical injury to an official due to one’s performance at an event. In Hawaii, second-degree assault is a Class C felony. Those guilty of the crime can face a maximum of five years in jail.

Senator Donovan Dela Cruz introduced Senate Bill 2612 that describes first-, second-, and third-degree assault of an official. The level depends on the severity of the crime. Also, it includes threatening the official. 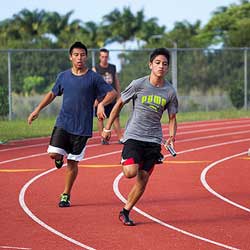 Sports betting software sources learned that Wakai introduced his bill after a talk with officials from the Hawaii High School Athletic Association. Authorities told him they schedule football games for high schoolers every Friday and Saturday. In the past, it was just Fridays. They said that they don’t have enough referees for the games.

When asked why there was a shortage of referees, the school officials said that referees are tired of being abused physically and verbally by fans. The senator introduced the bill to protect them.

Browsing the bills introduced in this session, you can’t find anything about making sports betting legal in the state. Sportsbook pay per head for agents are still illegal in Hawaii. Gambling in any form is not allowed on the island. Residents don’t compare sportsbook pay per head prices because they don’t see sports betting permitted in the state soon.