Learning about becoming a bookie begins with good sports betting tutorials, and some practice. And the NBA is one of the popular options for those starting out. Basketball is, after all, a sport that a lot of people know about: rules, teams, players and all. And with the NBA always being interesting and entertaining, thousands of dollars are being waged each game up to the finals.

This season, the Toronto Raptors are in the finals for the first time in history, and will face one of the strongest teams in the league, the Golden State Warriors. With the number of people betting on the finals, a good bookie pay per head service can help you manage your players and their wagers. 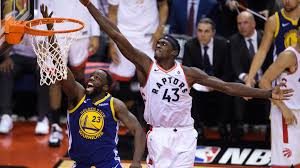 But looking at game 2, the Warriors are a 1-point favorite, with more than half of wagers going to the Warriors. The line, however, is now with the Raptors as 2-poinmt favorites. The movement in the lines is actually sending a message to bookies to move the lines to favor the Raptors.

Game 2 will be on Sunday. Most experts argue that the Warriors are exceptionally good at comebacks, so there is still a good chance for the defending champions to increase their streak by another year. You have Steph Curry, Draymond Green, and even Andre Iguodala to ramp up the game, although we still won’t be seeing Kevin Durant on Sunday. As for the Raptors, you have a roster that is on fire, led by Kawhi Leonard. Odds for the spread are the Raptors -2, with the over under at 215.