The NFL Wild Card weekend is right around the corner. This Saturday eight teams will battle it out in hope to get spot for a chance to be in the running for the Super Bowl. This year’s wild card round is not what we expected at the beginning of the season.  But then again, this is NFL Football so let’s take a look at what to expect in this NFL Wild Card Weekend Update!

The NFL Wild Card weekend is expected to bring a lot of betting action in Las Vegas and around the world.  This year’s has especially been profitable for most online sportsbooks. The best sports betting software companies reported NFL profits were up by almost 12% this year. 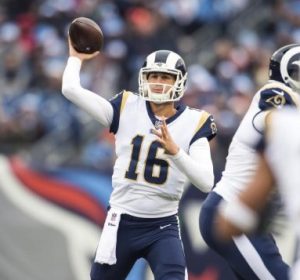 The Titans will be playing in their first playoff games in nine years.  Andy Reid’s clock management will be put to the test as he tried to win the team’s first home playoff game in 24 years.

The odds are in favor of the Chiefs as the 8 point favorite according to the best sports betting software in the industry.  Rumor has it that Mike Mularkey may be facing the ax if he can’t pull a win.

The Atlanta Falcons have a history of choking in the playoffs.  Falcons fans have seen them come so close so often to a Super Bowl Championship only to see it go up in smoke.  This year, Atlanta managed to secure the last wild card spot thanks to a win against the Carolina Panthers.

Many believe that the online bookies got it wrong by making the Rams a 5.5 point favorite.  The Falcons have playoff experience while this will be the first playoff game for many Rams players.

For Sunday’s line up, we can expect to see a lot of Bills fans stuck to the TV as they watch the Bills make a playoff game after a 17 year absence.  On the other hand, the Jaguars have also not seen a playoff game in ten years.  This is bound to see an excellent match-up.

The last NFL Wild Card game of the 2017-2018 season will be between the Saints and the Panthers.  The Saints are the big favorite at -7 for good reasons.  Twice this season they have beaten the Panthers by double digits.  Even though the Saints seem able to beat the Panthers at will, it is still difficult to beat the same team three times in a row in one season.

We hope you enjoy our NFL Wild Card Weekend Update and don’t forget to play only at known sportsbooks that have a good reputation!