Dante Fowler of the Jaguars Arrested 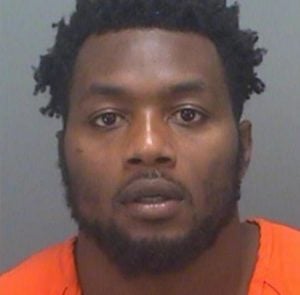 The details of the incident remain a bit sketchy but so far, Fowler allegedly was seen getting into a confrontation with another man where according to the report ended up punching the man and then stepping on his glasses.  The incident happened in a parking lot of an apartment complex when a pedestrian commented about his driving.  This is when Fowler is said to have taken the “victim’s grocery bag, with recently purchased liquor, and threw it in a lake”.

He was arrested around 8:30PM and was later released after posting a $650 bond around 1:43am according to the Pinellas County Sheriff’s Department.

In response, the Jaguars so far have responded by saying on Twitter that “The Jaguars are aware of the situation involving defensive end Dante Fowler Jr. and are currently gathering more information …”  They also mentioned that they are in communication with Fowler.

Fowler was the third overall pick in the 2015 NFL Draft where he ended up on the side line with an injured knee during his rookie season. According to betting software companies, last season, Fowler was back in action playing all 16 games with 32 tackles and 4 sacks under his belt.

This is not the first time that Dante Fowler Jr. has been arrested as he had been arrested before in Miami back in 2016 for a misdemeanor assault and resisting arrest.  As part of the plea deal, Fowler was then forced to enter a diversion program.

In addition, he was also seen in a video a few months later where he appeared to be watching two women fighting and ended up apologizing for it later.

Fowler is scheduled to report for training camp in a week and so far, it does not look like this altercation will affect this schedule.