Phil Mickelson and ten other golfers signed with the LIV Golf Invitation Series filed an antitrust suit against the PGA Tour. They want to challenge the suspensions given to them by the latter. In addition, Hudson Swafford, Matt Jones, and Talor Gooch want a temporary restraining order. They want to play in next week’s FedEx Cup Playoffs.

According to PricePerPlayer.com sources, the PGA Tour suspended golfers who were part of the LIV Golf Series. Thus, they can’t participate in any tournament on the PGA Tour. Aside from the four, the other golfers involved with LIV are Bryson DeChambeau, Carlos Ortiz, Pat Perez, Ian Poulter, Abraham Ancer, Peter Uihlein, and Jason Kokrak. 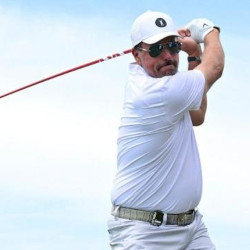 According to sports news reports, the lawsuit stated that the PGA Tour told other stakeholders of the golf ecosystem not to deal with golfers who were part of the LIV organization. They said that the Tour’s rules are anti-competitive.

The LIV golfers claimed that the PGA Tour denied them income opportunities and interfered with their businesses. Additionally, the US Justice Department said it would investigate the Tour over antitrust violations related to LIV Golf.

According to a pay per head blog, the PGA Tour ruled that any golfer belonging to LIV Golf is not qualified to play in any tournament since June. LIV Golf is a tour with eight events worldwide. Also, it held its first tournament in London in June. They had the most recent one last weekend in New Jersey.