Elaine Thompson-Herah was already celebrating before she crossed the finish line. She finished ahead of the pack in an all-Jamaican podium at the 100-meter race in the Olympics.

A month ago, it was a different story. Thompson-Herah thought she couldn’t participate in the Olympics due to an Achilles injury. But, it is already in the past. Not only did she win the gold medal, but she also broke the Olympic record.

According to online bookie software reports, she broke Florence Griffith Joyner’s record with a time of 10.61 seconds. Shelly-Ann Fraser-Pryce came in second and Shericka Jackson in third. So it was possible to break the world record of 10.49 if she didn’t celebrate early. 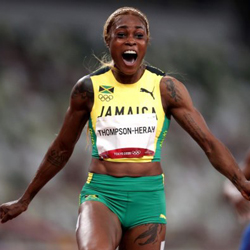 The Olympic Stadium didn’t have any fans due to the pandemic. However, organizers gave an impressive light show a couple of minutes before the race. The stadium lights dimmed and lit up the track with the names of the competitors.

Thompson-Herah and Fraser-Pryce were neck-and-neck until the halfway point of the race. Then, the former pulled away to win the race. The latter is the reigning world champion. She came in at 10.74 seconds. In four Olympics, Fraser-Pryce earned two golds, one silver, and one bronze medal. Jackson clocked in 10.76 seconds to earn the bronze medal. So she got a silver and a bronze from the Rio Olympics.

The Olympics is halfway done. You still have time to learn how to become a bookie and accept wagers on the remaining events. Also, you can use a bookie revenue calculator to get an estimate of potential profits over time.