The Paris prosecutor’s office said that police arrested Sizikova after her doubles match in the French Open last Thursday. According to sports betting tutorials and news sites, she deliberately lost a doubles match last year.

The International Tennis Integrity Agency was quiet about the issue. They said that the matter is already in the hands of the French police. On the other hand, the Russian Tennis Federation said it is waiting for the paperwork on the case. 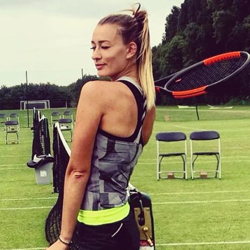 According to reports, the investigation on the incident started last October. Investigators were looking into fixed matches. Also, the Russian Tennis Federation can’t comment on the case since they can’t do anything until they receive the documents from authorities.

The Russian Embassy is helping Sizikova to ensure her rights were protected in France. The French Federation of Tennis confirmed the Russian player’s arrest. However, they don’t want to comment on the ongoing investigation.

On Friday, authorities released Sizikova from custody. They only questioned her about the alleged match-fixing incident last year. However, she remained under investigation. She denied the charges and wants to file a complaint for defamation.

The French investigators previously worked with Belgian authorities. They looked at suspicious matches at the lower levels of pro tennis. According to news sources, there were suspicious betting patterns during the first round of the women’s doubles event last year.

The French Open is still ongoing, and you can start a bookie business to accept wagers on tennis matches. Creating a sportsbook with a bookie pay per head services will help you launch a sportsbook in no time.