Karim Benzema Will Play for French National Team Despite Trial

According to the latest reports, Karim Benzema will play for French National Team during the European Championships. It will be his first time in six years that he would suit up for his country. He last played for France in 2015.

However, the national team suspended him for his involvement in blackmailing Mathieu Valbuena, his former clubmate. The latter accused Benzema of forcing Valbuena to settle with blackmailers. According to reports, Benzema and Valbuena have an alleged sex tape.

According to a betting software development expert, the case is still ongoing in court. A prosecutor said that Benzema needs to respond to the charge. However, he denied the charges. If found guilty, Benzema could face a maximum of five years in prison. 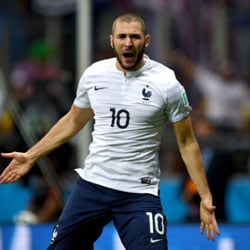 The court scheduled Benzema’s trial on October 20 to 22. He is playing well for Real Madrid this year. Also, he scored 29 goals in 45 games. He keeps his team competitive while he’s on the field. His team reached the Champions League semifinals but lost to Chelsea.

They are heading into the final round of the La Liga season by only two points behind Atletico Madrid.

Benzema scored 27 goals in 81 appearances for France. He will lead the most talented roster at the European Championships. Thus, France is the favorite to win the tournament this year.

Organizers postponed the European Championships for a year due to the pandemic. It will start on June 11 with France belonging to Group F, the Group of Death. Also, other nations in Group F are Portugal, Hungary, and Germany.

Do you want to open an online sportsbook? You can create a sportsbook with the help of a pay per head solution. Thus, you can launch the bookie business in time for Euro 2020.