Sports Betting Update on UConn Moving to the Big East

There are some reports about UConn moving to the Big East. However, the school didn’t receive any formal invitation as of press time. Rumors have it that the move will take effect in time for the 2020 season.

UConn’s football program’s future remains unclear. The Big East doesn’t sponsor the sport. In addition, the American Athletic Conference will not take the school as a football-only member. UConn has been bad in the sport anyway. It will be better for the program to be independent, according to some sports betting platform experts.

Last season, UConn football team had a 1-11 record. Its lone victory was against Rhode Island. In addition, they lost by an average of 32 points a game. Sportsbook pay per head software had UConn as an underdog the entire season. As a member of the AAC, the football team only qualified for one bowl game.

UConn Moving to the Big East 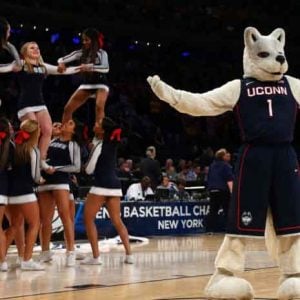 It will be a homecoming for UConn if it moves to the Big East. In fact, the school was a founding member. It is a good move for both men’s and women’s basketball programs.

The Big East members will have a meeting to discuss UConn’s return. The school’s Board of Trustees planned to vote on the move later this week. Due to UConn moving to the Big East, the conference will have 11 teams in basketball. As a result, teams will play 20 games each. AAC will also have 11 schools in their basketball league.

Some gambling software operators are thinking of odds on whether the Huskies will win the Big East basketball title in 2020 or not. It should be noted that the first year as an AAC member, the Huskies went on to win the NCAA tournament. However, they have only been selected once in five years since then.