The last couple of years have been very hectic for college basketball.  This is because of the current NCAA Basketball corruption case which closely resembles the movie 1994 Blue Chips.  Yes, we are talking about how at least 25 basketball players from 20 colleges received certain benefit for joining certain college basketball teams. 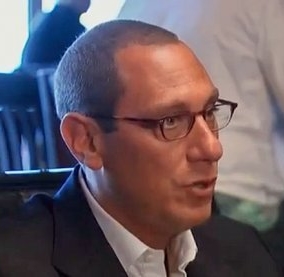 Recently released Federal documents clearly shows detailed information about potential NCAA violations. The reports mentions several high profile players and schools.  According to a report by Pat Forde and Pete Thamel, the documents show how former NBA agent Andy Miller along with Christian Dawkins and his agency ASM Sports have been active in acquiring basketball players for schools using several illegal means.  This includes a large budget for entertaining these basketball prospects like trips for them and their family.

Some of the schools involved in this scandal are Duke, North Carolina, Texas, Kentucky, Michigan State, USC and Alabama.  These schools would give certain players extra benefits to draw them to their school.  These benefits ranged from expensive meals to trip and even cash money in the tens of thousands of dollars.

The investigation is still ongoing and there is a chance that more people could be involved in the corruption case.  More charges and arrests could also take place in addition to costing the jobs of several basketball coaches.

NCAA in Need of Reforms

The NCAA has proven that they are not able to manage student-athletes into following the rules of the organization.  The have consistently turned a blind eye to several clear cases of abuse.   Some examples are sexual assaults by players, players being paid to join certain teams with cash and escort services and even phony classes.

The basketball coaches and players should of course take a lot of the blame.  However, in the end, the NCAA is the organization in charge of it all.  This means that it is time for the NCAA to reform itself into an effective and fair organization.

For instance, in 2017 after a 7 year investigation showed that phony courses were being offered to basketball players at the University of North Carolina.  In the end, the NCAA said that no real wrongdoing had taken place.

The NCAA makes a lot of money from these student-athletes and the students do not get any of the benefits.  According to several sports betting software companies the NCAA said they would support sports betting if they would get a large percentage of the money wagered.

This will never come to pass but if it did, where would the money go?  It certainly would not benefit the players in any way. The question is how the NCAA will react to the latest set of corruption allegations and whether they will do something about it.