The online sportsbook had a decent day this last Sunday even though many of them saw some disappointing losses early in the day.  In this NFL Week 14 betting recap, they were several disappointments over the weekend due to injuries, teams failing to cover or just losing an easy game. 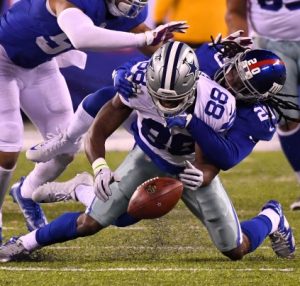 One of the coolest games we got to see over the weekend was the Colts taking on the Bills in the snow.  This was the first snow game of the year and a lot of fun to watch.  The Bills were a 3.5 point favorite and did not disappoint with a 13-7 victory over the Colts in overtime.

One of the biggest NFL matchup that took place with a huge handle was the Eagles vs. Rams Match-up.  According to the best sports betting software companies, the Eagles went from underdogs to favorite.  At the end of the day, the Eagles were the favorite by 1 point and easily covered the spread with a 43-35 victory.

The Atlanta Falcons defeated the New Orleans Saints 20-17 going 7-6 ATS.  The Falcons are now second place in the NFC South thanks to their win and Seattle’s loss to Jacksonville.  If the Falcons can keep it up, they may just be able to squeeze into the playoffs.

The New York Giants started out strong but in the fourth quarter, everything seemed to go wrong for them.  Manning’s offense fell apart an Eli Manning just couldn’t get anything right.  Manning threw two interceptions that ended the game as a 30-10 loss for the Giants.

Which Teams are positioned for the Playoffs?

In the AFC, the Steelers (11-2) are looking locked for the playoffs  as the no. 1 seed.  The Patriots (10-2) are close behind and if they can manage to win against Miami tonight will be in for the tie.  The Jaguars are still in the running with a 9-4 record thanks to a win against Seattle.

In the NFC, the Eagles are currently the no. 1 seed with an 11-2 record.  Their next match against Minnesota should keep them in the lead with the home field advantage.