Premier League teams are getting rid of the controversial pay-per-view model for games during the second lockdown. Also, they will look for a new scheme to cover the Christmas season. Although there’s no definitive decision made during a meeting among shareholders last Thursday, fans can expect the league to drop the £14.95 fee.

The Premier League will revert to showing all the games live via the league’s broadcast partners. Although shareholders will still discuss the pay-per-view scheme, people should not expect a final decision this week. 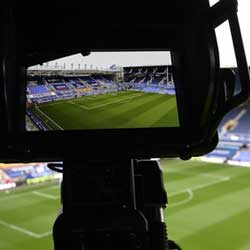 Fans described the decision to charge a fee to watch games as disgraceful. Some fans said that £14.95 was too expensive and want the price to be lower. After the shareholders’ meeting, fans were happy that club owners listened to them.

Football fans want to see their favorite teams play. Due to the lockdown, they can’t go to stadiums to watch the games live. Thus, the only way to watch games is through TV broadcasts. However, £14.95 is too steep for most fans.

England announced a second lockdown that will be until December 2. Thus, fans will not be allowed in stadiums. Fans hope that Premier League games will be available through broadcast partners that include BT Sport, Amazon Prime, BBC, and Sky Sports.

You can still be an online bookie for Premier League games. There are many games left in the season. You can create a sportsbook today and start accepting wagers with the help of a PPH solution.

« Bonuses: Are They Worth it To Your Pay Per Head?
Wynn Resorts Sports Betting Expansion Plan in the U.S. »