The Labor Party is accusing the government of not giving the right funding to rural towns during the election campaign. Thus, the Australian sports grants scandal was born. According to the Labor Party, rural areas got less than $10 million of the allocated $150 million funds.

Several months before the election, the government announced the female facilities and water safety stream program. Its goal is to upgrade swimming pools and female changing rooms. However, the Labor accused the coalition government of allocating the fund in the campaign.

The fund was for remote and regional communities. However, less than $10 million out of the total $150 million went to rural communities. Also, only four districts headed by Nationals MPs got funds. 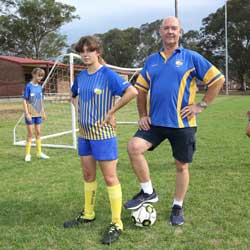 Projects in areas controlled by Liberal got around $110 million from the fund. Also, Corangamite and Pearce got almost 40 percent of the total funds. Labor’s Anthony Albanese said that the Nationals diverted the sports funds into election campaigns.

National Leader Michael McCormack said that there’s nothing wrong with the allocation of the funds. He added that regional and metropolitan areas received equal shares of the funding. Also, he said that rural districts would get more funding in the future. However, sports analysts pointed out that the full $150-million-fund was already given out.

Labor is continuing to pressure the government over the handling of sports grants before the election. It led to the resignation of Bridget McKenzie after an audit report found a $100 million fund was misused.

Officials from the National Audit Office gave evidence that around 43 percent of projects under the sports program was unqualified when they signed contracts. It contradicted the statement carried by the former sports minister.

If you want to start a bookie business in Australia, make sure you do it legally. Learn how to become an independent bookie in the country by getting the correct permits to operate. Also, read on gambling glossary to ensure the sustainability of your business. Above all, use your funds accordingly. Please don’t follow the example of the government in misappropriating its sports grants.