Pay per head agents may be focused on the NBA Finals right now – the finals are ongoing between the Raptors and the Warriors. But to maximize your sportsbook pay per head operation, give your players another option for wagers: football, or soccer to North Americans, is one sport you do not want to miss out on. Sportsbook soccer is one of the popular wagering options worldwide.

Of course, the Champions League is wrapped up, but wagers don’t stop at matches. Punters like betting on other awards that are popular to the soccer world, and no bookie will leave oyt the Ballon d’Or. The Ballon d’Or is the most prestigious award for an individual in world football. The award will be decided through voting by football journalists. 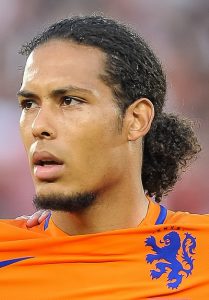 Of course, the players with most Ballon d’Or awards are Lionel Messi and Cristiano Ronaldo. It became somewhat of a joke between fans that these two athletes just pass the title to each other every year. But despite these two making in the top list in sportsbooks, they are not the top favorite this year.

This title goes to Virgil van Dujk, who, if you have been living under a rock this year, is a key factor in Liverpool’s fight for the Champions League title just recently. Since then, he has surpassed Messi, who was also instrumental in bringing Barca its La Liga title.

Looking at our betting odds, we have Virgil van Dijk on top. The Dutchman has 8/11 odds, with Lionel Messi following at 6/5. Cristiano Ronaldo follows at third with 17/2, while Mohamed Salah is 16/1. Of course, these odds will still have time to change, since the awarding will be in December. There is also the Copa America to watch. This is crucial because the Copa America will have Lionel Messi playing for Argentina. This gives him a chance to increase his chances and possibly reclaim the top spot as favorite. Another chance for players to increase their chances of getting the award, will be when the domestic season for football begins in August.