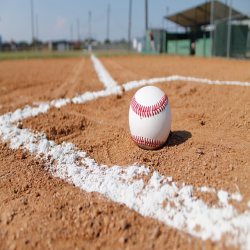 The MLB Postseason starts soon and this is a very exciting postseason as the Boston Red Sox kicks off the postseason with a game against the New York Yankees. It is the third straight season for the Red Sox to get to the postseason. But those who have been maintaining their bookie management software have seen the Red Sox struggling to convert their efforts to wins in their October games in the past couple of years.

It has been a good season for the Red Sox. Especially because they set their newest franchise record form 108-54 in the regular season. But down the stretch, they weren’t doing well. They lost 5 out of 8 contests. One of those contests was with the New York Yankees, where they lost 2 out of 3 in the final series.

And this isn’t an isolated case. This is, in fact, the third season that the Red Sox have gone down on the stretch. Back in 2016, they lost 8 out of 9. Last season, they were eight of eleven. But despite their history in the ALDS, the Red Sox are currently favorites at -160 to beat the Yankees on the ALDS. And, of course, stay deadlocked with Houston with +325 as a co-favorite in the World Series.

The Yankees will be traveling to Boston. This is coming after a win that ended Oakland in a 7-2 win in the AL Wild Car Game. The Yankees are +165 underdogs for the Game 1 of the ALDS. New York has been doing well, having a 10-4 over the past 14 outings of the club. As for the Yankees in the ALDS, they have also been quite successful, with series wins in 4 out of 5. They are currently a +140 bet in the series for the ALDS.