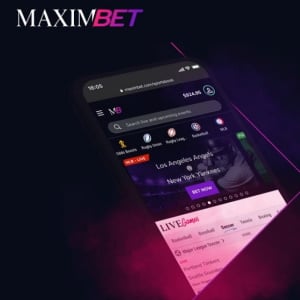 Just one month after FuboTV said they are closing their doors, another U.S. sportsbook is also calling it quits. MaximBet Sportsbook Shuts Down effective immediately was the content of an email sent to its players yesterday. Needless to say, thousand of MaximBet customers were taken by surprise by this news.

According to Bookie Software Solution websites, MaximBet made an announcement via Twitter and emails to their customers. The Twitter post said they are closing their sports betting operations effective immediately. Customers have until December 15, 2022 to withdraw their funds from their account via the normal method. However, after that date, a player’s balance will be sent to them by check to the address on file.

Strangely enough, the news of MaximBet closing its doors comes during the middle of the NFL seasons. This is unusual as the NFL season is the most profitable time for U.S. sportsbooks. In addition, it is right after launching their sportsbook in Indiana and planning multiple roll outs in other states.

The company says that they are shutting down due to “Challenging macroeconomic conditions and an increasingly cost prohibitive marketplace”.

The sports betting market in the U.S. market has plenty of room to grow and for companies to make a profit. However, like any other businesses, it has to be done correctly as the competition can be fierce. Especially since investors will eventually want to see some profits. Therefore, underestimating the hardship and profit margin of the sports gambling can be a killer. Unfortunately, this lesson came too late for MaximBet.

The gaming operator said that due to macroeconomic conditions, it had delays in its new tech stacks. Furthermore, because of the heavy license and tax cost, it was unable to compete against sportsbooks with deeper pockets. Therefore, they were unable to compete in a market where operating costs far exceed revenue.

The MaximBet Sportsbook was the rebranding of SportsBetting.com which is under the ownership of the Carousel Group. The rebranding came about after a partnership with Maxim magazine back in April of 2021.

The shutting down of MaximBet, will now leave a small space in the Indiana and Colorado sports gambling market. However, due to the cost of operation, it would be difficult for a small operation to take advantage of it. That is unless they use a sportsbook pay per head since the operating cost of a PPH are more effective.

Open an Online Sportsbook with PricePerPlayer.com for $5 or Less Per Player!