According to the recent sportsbook reports on the Wimbledon draw, reigning champion Novak Djokovic will go against Kwon Soon-woo in the first round. Also, Djokovic will be the first seed due to the absence of both Daniil Medvedev and Alexander Zverev.

Although it seems that Djokovic has an easy draw, he has a potential match against Carlos Alcaraz in the quarterfinals. Alcaraz has been performing well in recent tournaments.

Second seed Rafael Nadal will go up against Francisco Cerundolo in the first round. According to pay per head sportsbook sources, he can potentially face Marin Cilic in the fourth round. In addition, Felix Auger Aliassime can set up a rematch against Nadal in the quarterfinals. In case you missed it, the Canadian tennis star pushed Nadal to five sets in the fourth round of the French Open.

Sportsbook Reports on the Wimbledon Draw 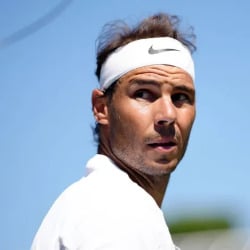 Andy Murray will face James Duckworth in the opening round. The latter hasn’t won a single match on tour this year. However, Murray is suffering from an abdominal injury. According to a sports news blog, he suffered it during the game against Berrettini in the finals at Stuttgart.

In the women’s draw, top seed Iga Swiatek will face Jana Fett in the first round. According to sportsbook software experts, Swiatek is aiming for her first Wimbledon championship. In 2022, she won six titles. However, she doesn’t play well on the grass.

Last year’s second placer Karolina Pliskova could face fourth seed Paula Badosa in the quarterfinals. On the other hand, second seed Anett Kontaveit could have a match with Maria Sakkari.