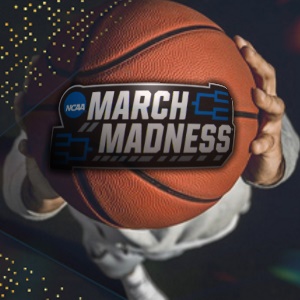 The NCAA Basketball Tournament is one of the most popular sporting events of the year for sports gamblers. Whether they are basketball fans or not, sports bettors always look forward to March Madness because of the profit potential. However, not everyone that bets on March Madness will come out a winner. Our March Madness Betting Strategies will help you achieve a profit with the guidance of top basketball handicapping experts.

This year, the Big Dance will begin on March 13 and end on April 4, 2022. During that period of time, 68 top college basketball teams will be fighting for the championship title. According to PayPerHead companies, sportsbooks are expecting over 30 million Americans to bet on March Madness. In addition, over 40 million American will also be hoping to get a winning March Madness Bracket this year.

If you intend to do any of those, then do yourself a favor and keep reading before it’s too late. This is because there is a lot of advice on the internet when it comes NCAA basketball tournament season. However, with the good advice also comes bad advice and there is a lot of it out there. While we do aim to only provide good advice, use your common sense to pick the good from the bad!

Bet on the #1 Seed to make the elite 8 – Historically speaking, it is pretty rare for a #1 seed to not make it to the Elite 8. While it is not a shoe-in bet, it is certainly a good bet to make. However, the odds for making this bet may not be advantageous. This is because bookies make money from adjusting the odds that will be more advantageous to them.

The Game is Still the Same – Even though the stakes are higher, the game remains the same as it was during the regular basketball season. Therefore, when placing a bet on basketball, the same college basketball betting strategies apply.

Pay Attention to the basketball lines – During March Madness, a lot of public bettors will start to bet on basketball. While it does add more bets on the tournament, it is all hype and does not actually move the lines. Big sharp bettors will be the ones moving the line and that is what you have to look for.

Team that Excel in Defense may Surprise you – During the regular season, high scoring teams do quite well.  However, in the post-season, they tend to rely too much on it which makes them prone to upsets. During March Madness, strong defensive teams are great when betting against the spread. Especially when making first-half bets!

Before you start, here are some interesting facts about March Madness. Some gamblers take them with a grain of salt while others just see them as fun facts.

Become a Basketball Bookie with PricePerPlayer.com for $5 or Less Per Player!