Dallas Signed Kicker Tristan Vizcaino as Insurance in the Playoffs

The Dallas Cowboys is not leaving anything to chance in the NFL playoffs. Its starting kicker Brett Maher had a rough night last Monday against Tampa Bay. Thus, the team signed kicker Tristan Vizcaino as insurance.

While playing the Tampa Bay Buccaneers in the Wild Card stage of the playoffs, the Dallas Cowboys won by 31-14 despite Maher missing a record-tying four extra-point tries.

The Elias Sports Bureau said that the 33-year-old was the only player in the NFL to miss four extra points in a regular season or playoff game since 1932. It covers 16,207 games. 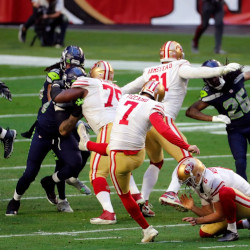 Although Dallas feels confident in Maher to start Sunday’s game against the San Francisco 49ers, the organization decided to add Vizcaino to the practice squad as insurance on Wednesday.

In addition to the 53 players on the active roster, NFL rules enable teams to activate two players from the practice squad for games.

In his fifth NFL season, Vizcaino has appeared in three games for the Arizona Cardinals and New England Patriots. Also, his best performance came with the Cardinals in Week 10. He helped the team win against the Los Angeles Rams when he kicked all five of his attempts (two field goals and three extra points).

According to sportsbook pay per head reviews and news sites, the 26-year-old kicker has made 91.7 percent of his field goal attempts. Also, he scored 75 percent of his extra-point attempts.

As per the terms of the NFL CBA, Vizcaino’s weekly salary as a member of Dallas’ practice squad will be $11,500.

Are you thinking of making a living from sports betting? Instead of betting on NFL games, we recommend opening a sportsbook. You’ll earn money from every wager your sports betting site makes.