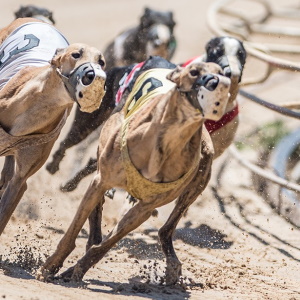 According to a new bill proposal by Connecticut lawmakers, greyhound racing may soon become totally illegal in Connecticut. Pay Per Head Services says that Bill 5042 in Connecticut may do just that. In fact, the bill would even prohibit live broadcast of greyhound races taking place outside of the state.

Will Connecticut Ban Greyhound Racing Despite Failing In the past?

Amongst most gamblers, greyhound betting is no longer a popular form of sports betting. While the humane society and animal group have something to do with it, the majority of the reason for its unpopularity

The first attempt by lawmakers to fully ban greyhound racing in the state was in 2017. However, it did not go through the House of Representative as the majority of votes were against it. Another attempt was made in 2021 with the same results.

Last February, Bill HB 5174 to ban greyhound racing in Connecticut had its first reading in the state’s House of Representatives. However, it never made it through the approval process. According to sports betting news, the difference between the previous bill and this one is the addition of banning simulcasting.

Open a Sportsbook with PricePerPlayer.com for $5 or Less Per Player!