Later, the Phillies will be facing the Atlanta Braves in Game 3 of the National League Division Series. This is also the first MLB playoffs game that Philadelphia will be hosting since back in 2011, so there is a lot of excitement for baseball fans in the state. And for those ready with their betting lines in their sportsbook software, this will be a game worth watching, and earning from.

Many are already locking in their bets as Game 3 brings us a tiebreaker from the 1-1 series score when the Braves won their game last Wednesday. This is also a particularly interesting best-of-five series for the Phillies. They can beat the Braves if they win both later and tomorrow’s game- both of which will be played at home. And if you have been using your online bookie software solution for a while now, you know that these bits of information can generate a lot of interest in betting on the game. 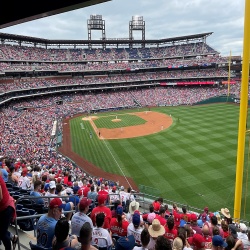 Game 3 will be starting at 4:37 PM ET. Aaron Nola will be taking the mound for the Phillies. This will be his first time to start a postseason game in a home game at the Citizens Bank Park, so it will be a special game for him. Nola is 11-13, with 3.25 ERA. Meanwhile, the Braves are still mum on who will be starting for the game.

While the Phillies are performing amazingly, the Braves have bounced back well to get into the postseason. Many believe that playing home games will be a huge factor in getting the Phillies to fight more to win the series.

Game 4 will be on Saturday at 2:07 PM, and, if needed, a Game 5 will be held on Sunday at 4:37 PM. Most sportsbooks, however, have the Braves as the favorite at -160, with the Phillies at +130. The Over/Under is at 7. And just like many fans, many experts and handicappers have mixed picks on who will win the game. But that’s part of what makes things exciting. And if you want to see more bookie business growth, offer bonuses on other MLB games today like the Dodgers at the Padres, another series looking to break a series tie 1-1.

Get the Best Baseball Betting Software for Bookies at Price Per Player Today!