Aaron Judge was on deck in the eighth inning and was waiting for Jose Trevino to reach base so that he could try for homer number 61. Trevino grounded out and left Judge without a home run. However, the Yankees defeated the Red Sox 7-5.

New York Yankees had three home runs as the team posted a 7-5 win against Boston Red Sox. Also, Anthony Rizzo’s homer in the seventh inning gave the team the lead. According to a pay per head blog, it was the team’s sixth win in a row. As a result, they are only three games away from capturing the AL East title.

Many baseball fans were looking forward to Judge’s 61st home run that would put him in a tie with Roger Maris’ franchise and American League home run record. However, they must wait until Sunday to find out if he can hit one as the Yankees close the series against Red Sox. 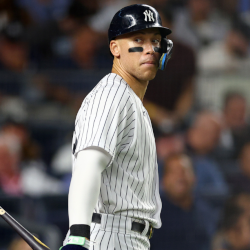 On Saturday, Judge struck out as he went against Nick Pivetta in the first inning. The pitcher gave Judge his 56th homer on September 13 in Boston. Also, Judge flew to the center to start the third. He had a walk in the fifth frame and struck out in the seventh inning.

According to sports news reports, Judge was discontent with the call and waved pompously at the first base umpire.

Judge hasn’t hit a home run since Tuesday against Pittsburgh. However, Yankees manager Aaron Boone said he doesn’t completely accept that the strain is getting to Judge.

You can start making a living from sports betting before the end of the MLB season. Then, you can use a pay per head solution to launch a sportsbook and run it smoothly.