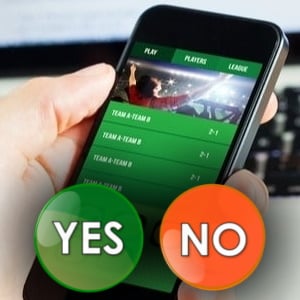 According to a recent poll by the Public Policy Institute of California, the majority of voters oppose mobile sports betting. On a statewide basis, 54% of voters would vote “no” on Proposition 27 while 35% would vote “yes”. According to sports betting software companies, this poll was made between September 2-11 from 1,060 voters.  Furthermore, it has a 5% margin of error either way.

If this the true voter mindset, supporters of Proposition 26 do not have much time to turn things around. This is because Election official in California will mail ballots to all active registered voters on or by Oct. 10.

At the moment, a poll has not been made in conjunction with Proposition 26. This is the Proposition that would make in-person betting on American Indian Lands legal.

One of the reasons for the low popularity of Mobile sports betting are the messages coming from Native American tribes. According to Bookie pay per head blogs, Proposition 26 and 27 both have different interests. This is because if online sports betting becomes legal, it would mean less revenue for Native American tribes. Therefore, they are spending money to advertise how most mobile profits would go to online bookmakers outside of California.

Interestingly enough, the initiative to legalize sports betting in California has become one of the most expensive measures ever. This is because the combination of both ballot measures has drawn in over $500 million in funding. During a normal ballot proposition, the backers would usually raise less than $10 million ahead of the election. This time around, the amount of money is insane.

For proposition 26, which comes from the state’s native American Tribe, over $151 million in contributions have been made. $109 million for and $41 million against it.

On the other hand, Proposition 27 which is for legalizing mobile betting in California has had $369 million in contribution. According to gambling industry news, $169.2 million has been given to help pass the law while $200.7 million against it.

Open a Sports Betting Operation with PricePerPlayer.com for $5 or Less Per Player!