English teams experienced mixed results in our latest Champions League roundup. Liverpool won against Ajax to earn its first three points in the tournament. Also, the team is far from its last year’s form, which reached the final.

Sports betting reports indicate Liverpool had a disappointing start in the Premier League. Also, Napoli humiliated the team 4-1 during its first match in the Champions League. After the defeat, manager Jurgen Klopp said the team needed to reinvent itself.

Its performance against Ajax featured precise passing, movement, and intensity. Mo Salah scored the first goal for Liverpool. Also, it looked like the home squad was on its way to a comfortable victory. However, Mohammed Kudus leveled the score line ten minutes later. 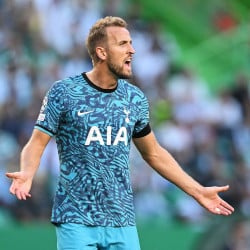 According to a bookie pay per head blog, Liverpool ought to have found the winner before Matip’s 89th-minute header. However, keeper Remko Pasveer managed to keep the scores tied. Before Matip’s goal, Ajax could undoubtedly have scored a winning goal. However, Daley Blind’s header went wide.

In another group match, Tottenham conceded two extra-time goals against Sporting. Arthur and Paulinho scored each goal to keep Sporting’s spotless record in the Champions League.

Tottenham is one of the two Premier League squads that are undefeated this season. However, Son Heung-min remains scoreless. Conte said that their defeat was something the team didn’t deserve. They failed to convert scoring chances in the second half, allowing Sporting to take the victory.

Starting a bookie business is easy with PricePerPlayer.com. You can become a bookie and accept wagers on Champions League matches immediately.

« How Many People Bet on Sports in the US?
Missouri Sports Betting Bill Proposed »