What are the Best NASCAR Tracks for Betting?

Many people think that NASCAR tracks are the same. However, it is further from the truth. Although NASCAR drivers usually race in ovals and turn left, there are some subtleties to each track. Here’s a guide to the best NASCAR tracks for betting.

When it comes to NASCAR betting, there’s no better place to begin than the Grand Slam. It is four of the most prestigious races of the season. Also, it is composed of the Daytona 500, GEICO 500, Coca-Cola 600, and the Bojangles’ Southern 500. According to betting software sources, no driver won all four races in a single season. 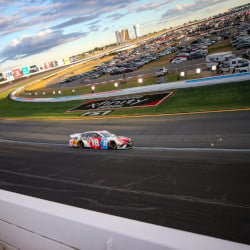 The biggest race of the year is the Daytona 500 at the Daytona International Speedway. Sports betting tutorials say it is the first of the four grand slam races. Also, they compare it to the Super Bowl due to its prize purse and handle it encounters.

Then there’s the GEICO 500, which happens on the Talladega Superspeedway. It is the longest of the oval race tracks in the NASCAR Cup Series. So when betting on the race, you should consider the driver’s averages for the track.

The Coca-Cola 600 takes place at the Charlotte Motor Speedway. The race track hosts several other races throughout the year. Also, one unique aspect of the race is that it starts in daylight and ends during the night. Thus, the lights transition from sunlight to bright lights. It is the longest race of the Cup Series, with a different winner each year for the last thirteen years.

Lastly, there’s the Bojangles’ Southern 500. It takes place at the Darlington Raceway, shaped like an egg. It is a technical course that requires the best from the drivers and crew members.

Aside from looking at the track, finding a sportsbook to bet on NASCAR races is vital. You should find the one that offers the best odds and services.