January ushers in a new year, and a new sports betting record for Indiana. Indiana sportsbooks are enjoying a great start to the year by hitting half a billion in January. The state records a total monthly handle of $500.1 million in January. This is 8% higher than December’s $463 million. It is also a whopping 43.6% higher than January 2021’s $348 million handle. For a sports betting entrepreneur, these numbers are a great indicator of the profitability of the industry this year.

And to bookie who use a pay per head software, the news on online sports betting is great as well. The total monthly mobile handle of the state for January is at $465.5 million, a new record for Indiana as well. This is 8.3% higher than December’s $429.8 million. We are seeing more than double in year-on-year growth as well. There is 53.6% more handle than that of January 2021’s $303.1 million. 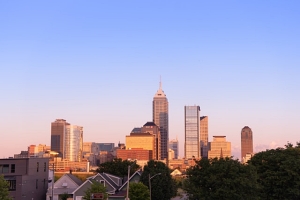 Of course, January is considered to be a very profitable month, which explains the record-high numbers. The NFL tops the list of sports that people bet on, but there is also a lot of action coming from wagers on the NBA, the NHL, and college basketball as well. For Indiana, locals can place bets on the Colts, the Pacers, the Hoosiers, and more. Also, Indianapolis was home to the College Football National Championship, which is a pretty big betting event for college football.

But aside from using sportsbook software, Indiana could offer so much more. Recent legislative attempts have failed, but there have been efforts to pass more venues for interactive gaming and online casino gaming. If the state would be offering iGaming and sports betting, then their numbers will be even higher each month.

Try Out the Best Bookie Software with PricePerPlayer.com!