Bet on the Super Bowl – Odds and Preview 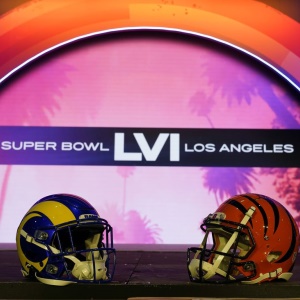 This year, Super Bowl LVI will see an unlikely underdog contender take on the might Los Angeles Rams. Yes, we are talking about the Cincinnati Bengals who will be playing for the NFL Championship at SOFI stadium. Everyone loves a good underdog story but does it apply to those who Bet on the Super Bowl? In our Super Bowl odds and betting preview, we take a look at what the experts have to say.

The Super Bowl odds between Bengals and the Rams have been fluctuating all week long. According to PPH services, the opening odds had the Rams as a -3.5 favorite and are now at -4.5. Does it mean the public opinion is heavily in favor of the Rams or did something change in the roster? Either way, most of the money is on the Rams but interestingly enough, mor wagers are on the Bengals. In addition, the over/under also saw some changes as it began at 50 points total and went down to 48.5.

What are hot internet searches at the moment are Super Bowl Betting predictions and prop bets. During this time of the year, it does not matter whether you are a football fan or not. Everyone is talking about who will win the game whether they have money on it or not.

For new gamblers, Super Bowl Prop Bets are popular with the usual coin toss bet, first penalty and such. However, some sportsbooks are coming up with crazy prop bets that are just there for fun. These include how many Super Bowl commercials will feature a dog in it to the color of Snoop Dog’s shoes!

100 million Americans Can Legally Bet on the Super Bowl

According to gambling industry news, in 2021, 11 states went live with sports betting while 4 states made it legal. Thus, bringing the total of Americans that can legally bet on sports up to 100 million. Well, almost, since half of them aren’t even old enough to gamble and a good percentage will probably never gamble.

In addition, sports betting commercials are becoming a normal part of the sports landscape. This in turn is leading to more people betting on sports.

Either way, this is big news for the sports gambling industry and the NFL. This is because the NFL expects to receive at least $1 billion annually from sports betting company deals by 2030.

Open a Sportsbook Today with PricePerPlayer.com for $5 or Less Per Player!