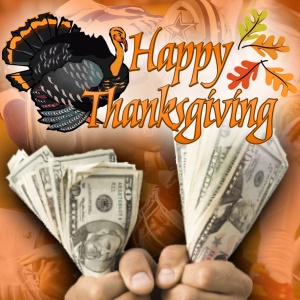 Thanksgiving is here and as family and friends get together to celebrate the holiday, its also time for some football! Today, we have three NFL games taking place and there is nothing better to open your appetite with a bit of football betting. Thus, we give you the Best NFL Thanksgiving Bets to make to add more excitement to the games!

Thanks to legal sports wagering spreading throughout the U.S., Thanksgiving has become an NFL gambling holiday. As sports betting platforms are becoming more available to the public, it is now easier to place a bet. Needless to say, people will be sneaking a peak at their phone during Thanksgiving dinner to place a last-minute wager. However, the outcome of the game could make that pumpkin pie even sweeter or turn it bitter.

With three games on the line, Thanksgiving could turn into a fun and lucrative day with the right wager. To open your appetite, the first matchup starts at 12:30PM ET between the Bears and the Lions. As a snack, NFL Fans will see the Raiders take on the Cowboys at 4:40 PM. As to the main course, it will take place at 8:20pm when the Bills take on the Saints.

In this matchup, the Bears are the obvious favorite at -3.5. According to NFL News, expect to see Andy Dalton at the helm as Justin Fields is on the injury list. This is a tough one to call and we recommend placing a modest bet on this game.

AT&T Stadium will host the Thanksgiving Day NFL game between the Las Vegas Raiders and the Dallas Cowboys. The Cowboys are the favorite with a -7.5 spread and may or may not become a true contender this season. Either way, they are one of the better teams in the NFC and should win without a hitch. However, can they cover the spread?

According to this Bookie PPH blog, the last Thanksgiving matchup should be fun with the Bills as a -6.5 favorite. Buffalo is second in the AFC East, a half-game behind New England following a 41-15 loss to the Colts. In addition, the Saints are also playing following a 40-29 loss to the Philadelphia Eagles last Sunday. New Orleans is playing without Jameis Winston and Michael Tomas.

Open a Sportsbook Today with PricePerPlayer.com for $5 or Less Per Player!