Norwich suffered a 7-0 defeat against Chelsea Saturday. It was the most lopsided matches you are likely to witness in the Premier League. As a result, Norwich remained winless and stayed at the bottom of the standings. Also, the team earned two points from nine games. According to Pay Per Head Blog sources, its goal difference is negative 21.

On the other hand, Chelsea increased its lead over Liverpool to four points. However, Liverpool can reduce the lead when it faces Manchester United on Sunday. 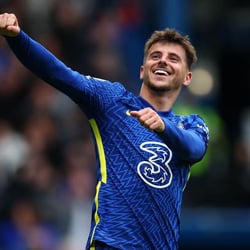 According to sports betting bookie software reports, there were indicators that it would be a bad day for Norwich. It started when Mason Mount scored before the ten-minute mark. Then, before the end of the first half, Callum Hudson-Odoi and Reece James made the score 3-0 for Chelsea.

Ben Chilwell scored a goal, and Max Aarons had an own goal to extend the lead to 5-0 at the 60-minute mark. Norwich suffered another misfortune when the referee sent off Ben Gibson after a second yellow card at the 65-minute.

Mount scored two more goals to achieve his first hat trick in the Premier League. Mount told reporters that he pressured himself before the game to score. Thus, Mount was happy to score three in a single game. Also, he said that he would remember the moment for a long time.

Coach Thomas Tuchel of Chelsea said that it was a good performance from his squad. They put a lot of effort and were sharper than their opponents. Also, Mount waited for a long time to score for the team.

You can start a sportsbook to accept Premier League wagers. However, we recommend reading the bookie pay per head comparison to find the right PPH solution for your venture.

« The Overhead Cost of Running a Sportsbook
Online Gambling Market is Gaining Popularity in the U.S. »