Update on the Sports Betting Bill in North Carolina 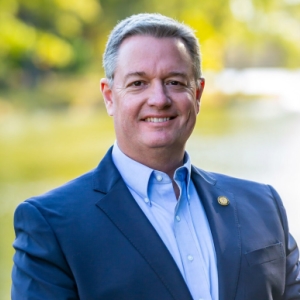 It’s been three years since the Supreme Court struck down the federal ban on sports betting. Since then, sports betting is now legal in over 2 dozen states in the US with several more considering it. One of these states is North Carolina which has had a bill to legalize sports betting inactive since April 2021. However, things are now moving on it so here is our Update on the Sports Betting Bill in North Carolina

According to bookie pay per head news, the North Carolina senate gave their approval to Senate Bill 688 on Wednesday. The approval of the bill was very narrow with a 26-21 vote in favor of it. Now that the first hurdle is over, Bill 688 is swiftly moving through the NC Senate as Senators will be voting on it today.

According to the bill, the North Carolina Lottery Commission would be in charge of regulating the sports betting industry.

Details of the Sports Betting Bill in North Carolina

Overall, SB  688 has undergone a few minor changes from several committees since its inception. According to Senator Jim Perry, the sponsor of the bill, “it gave the bill a reasonable opportunity to pass”.

If it becomes legal, SB 688 would bring extra revenue to the state of North Carolina. This is because it would impose an 8% tax on sports betting revenue from gambling operators. In addition, the state would charge a $500,000 initial five-year licensing fee and afterwards, a $100,000 annual renewal fee. Sen. Perry believes legal sports betting would generate between $25 to $50 million once the sports gambling market is mature.

The bill would authorize between 10-12 licenses for sports betting operators. However, gaming companies would have to undergo a review process before obtaining a license. The revenue from gambling would go towards supporting education. Furthermore, $1 million of the sports betting revenues would annually go to the Department of Health and Human Services.

If the bill passes the Senate floor today, it will then go to the House.

Open a Sportsbook with PricePerPlayer.com for $5 or less per Player!