Sportsbook Reacts on How Spain Qualifies for Euro 2020 Knockout Stage

Spain had a difficult time scoring at the Euro 2020. In its first two games in Group E, the team scored only once. The good news is that Spain qualifies for Euro 2020 knockout stage with a bit of help from an unlikely scorer.

When Spain faced Slovakia, the former needed a win to qualify for the next round. According to PPH sportsbook reports, Spain found it hard to score until an own-goal from Slovakian goalie Martin Dubravka.

Dubravka, who plays for Newcastle United, had a good start. Earlier in the game, he blocked Alvaro Morata’s penalty kick. However, Spanish striker Pablo Sarabia intercepted Lubomir Satka’s clearance. He struck the ball and hit the bar. Dubravka wanted to redirect the ball over the bar. However, it went through the goal to his and the team’s dismay. 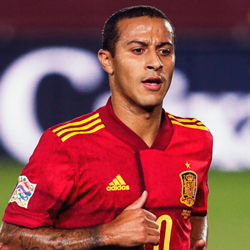 According to gambling software news, things became worse for the goalkeeper. Aymeric Laporte scored his first goal for the country to give Spain a 2-0 lead.

Spain recovered its scoring ways after leading 2-0. Sarabia and Ferran Torres scored two more goals for the Spanish side. Also, a second own-goal gave Spain a 5-0 win against Slovakia. As a result, Spain finished second in the group.

You can become an online bookie and accept wagers for the next Euro tournament. Also, there’s enough soccer action throughout the year. You can also take bets on other sports such as basketball, baseball, and hockey. Click the banner below to start a sportsbook with PricePerPlayer.com.

« Will it be Easy to Be a Bookie in Florida?
Mohegan Gaming & Entertainment Enters the iGaming Market »