Several NHL players support the creation of a women’s pro hockey league. One of the players is Jason Spezza. The veteran forward voiced his support for the women’s league. Also, he said that he became a fan of women’s hockey when he watched a tune-up match between the US and Canada in Toronto.

Spezza said that it was one of the best hockey matches he watched. Thus, he was one of the NHL players to join the Professional Women’s Hockey Players’ Association’s latest campaign to promote the need to start a new women’s league. 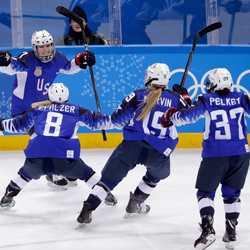 PWHPA members didn’t want to play at the National Women’s Hockey League. Instead, they are holding weekend events known as the Dream Gap Tour. In 2021, the tour opened with Minnesota and New Hampshire playing two games. According to sportsbook software sources, the game was broadcasted in Canada and the US.

This weekend two PWPHA teams will play two games in Chicago. It includes a match at the United Center with NBC Sports covering the event. Also, the game is a homecoming for US national team member Brianna Decker.

Decker is happy with the support the PWHPA got from NHL players and the league’s franchises. She said that she had more access to training facilities and resources while playing at Wisconsin than when she was in the NWHL or CWHL.

« How to Start a Gambling Website
What Kind of Pay Per Head Company Should You Choose? »