The stands were full of tennis fans. One thing that surprised people from other countries is that none of the spectators wore a mask. It is the benefit of living in a country that’s COVID-free.

It has been 12 days since Australia had a local infection in its territories and states. According to gambling software news, Australians protected each other through social distancing and testing. 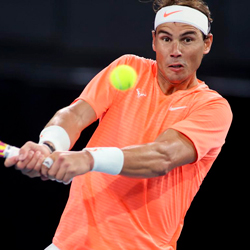 Based on pay per head blog sources, Australia’s strict restrictions frustrated some players who had to undergo quarantine. Some players complained through social media, while others issued demands to health authorities.

At present, Australia reported 28,000 confirmed infections. Also, it resulted in 909 deaths. The country placed strict rules and regulations to ensure that the virus doesn’t spread throughout its borders.

The Australian Open will start on February 8 in Melbourne. Also, it would run for two weeks. The exhibition matches were the opening act for the tennis tournament. Some of the exhibition game winners were Nadal, Serena, Djokovic, and Halep.

Williams won against Naomi Osaka in the first women’s match of the day. However, the highest quality match of the event was the Barty vs. Halep match. Halep overcame giving up the first set to win the game.