Usyk vs Chisora might not be a title match, but it is vital for the heavyweight division. Former undisputed cruiserweight champ Oleksandr Usyk will take on power-puncher Derek Chisora.

Usyk dominated the cruiserweight ranks on his way to establish himself as the best boxer in the division. After he won over Tony Bellew in 2018, he decided to go up to the heavyweight division.

His dream is to become the third person to win titles at both the cruiserweight and heavyweight divisions. His first heavyweight fight was against Chazz Witherspoon. Although the latter offered little resistance, fans were unimpressed with Usyk’s performance. 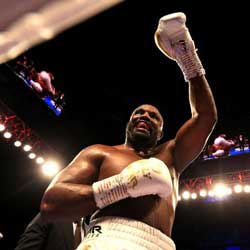 On the other hand, Derek Chisora has a 32-9 record with 23 wins via KO. According to PricePerPlayer.com Blog sources, he won his first 14 matches before meeting Tyson Fury in 2011. He had a rematch with Fury in 2014, but Fury dropped him after ten rounds.

Chisora lost to fighters would fight at the world title level. Also, he won against boxers who weren’t at that level. Thus, analysts call him a gatekeeper who can sell fights. He can also end matches with a single punch.

It might be late to start a sportsbook for the match, but you can still learn how to be a bookie. Find out how does a sportsbook pay per head work and how it can benefit your future bookie business. Like a boxing match, it is better to be prepared for the fight instead of going into it without knowing about the challenges you might face.