Sports TV Ratings are Down During the Pandemic

During the NBA Finals, LeBron James and the rest of the LA Lakers defeated the Miami Heat in six games. However, viewership for the NBA Finals dropped around 50 percent from last year. Overall, sports TV ratings are down during the coronavirus pandemic.

Aside from the NBA Finals, viewership for the US Open, Kentucky Derby, and the Stanley Cup was down compared to last year. Even the NFL suffered lower viewership. Also, The MLB division series was down 40 percent. The potential world series between might not get that many viewers as well.

There are several reasons why sports TV ratings are down this year. According to a bookie pay per head blog, some reasons include the flood of sports on TV, people worrying about the pandemic, and the political news cycle. 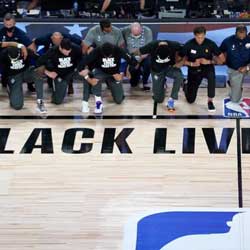 According to PricePerPlayer.com sources, casual fans have difficulty putting other things aside to watch sports. Also, there’s cable news that’s focusing on the elections. Before sports returned, 59 percent of fans said they planned to watch as many sports as possible.

TV ratings saw otherwise. Die-hard fans did watch sports as much as they could. In the first five weeks of the NFL, the total consumption of sports increased two percent compared to the same period in 2019.

Among the top 40 top rated programs last week, 39 were live sports events. The only entertainment show on the list was Saturday Night Live. However, sports viewership was down from the previous year. The oversupply of premium sports events made it hard for fans to watch all of them.

Sports are still popular, even with the low viewership rate. Thus, many people want to start a sportsbook. The easiest way to open a sportsbook is with a pay per head solution. Find out how by clicking on the banner below.