The game went down to the last minute as the Portland Trail Blazers qualify for NBA playoffs. It was the Blazers’ fourth straight win in the bubble. The defeat sent the Memphis Grizzlies’ hopes of making the postseason go down the drain.

Damian Lillard was the leading scorer for the game with 31 points. Also, CJ McCollum scored 14 of his 29 points in the last quarter. It included two jumpers over Ja Morant that sealed the deal for the Blazers in the dying moments of the game.

Portland will face top-seeded LA Lakers in the playoffs that will start Tuesday. Jusuf Nurkic added 22 points and 21 rebounds for the Blazers. Also, Carmelo Anthony scored 21 points. Coach Terry Stotts said that the last two weeks was special for the team. Also, he is proud of his team for finding a way to qualify for the postseason. 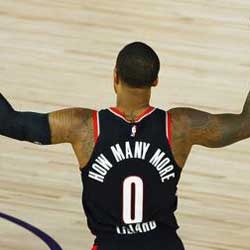 Ja Morant led the scoring for the Grizzlies with 35 points. Jonas Valanciunas added 22 points and 16 rebounds. Also, Brandon Clarke and Dillon Brooks had 20 points each, according to sportsbook software reports.

After the end of the regular season in the bubble, Portland finished in eighth place in the West and Memphis in ninth place. Based on pay per head blog sources, the Grizzlies needed to sweep the two-game series to advance to the playoffs.

Memphis had a chance to close out the game when they were up by eight in the last quarter. However, Portland managed to come back and win the game. The team’s previous four wins were close games. They won by a total of 11 points.

Memphis will now leave the NBA bubble. Despite the loss, they will come back stronger next season. They have a lot of work to do during the offseason to prepare for next year.