MLB Betting: What You Need to Know for the MLB 2020 Season

The Major League Baseball (MLB) will be going through a lot of changes- something bookie pay per head blogs have been covering over the past weeks. The key to finalizing the MLB 2020 Season plans would be an agreement between the MLB and the MLB Players Association (MLBPA). And after a series of negotiations, it looks like we have more details on how the season will look like.

Of course, knowing how the MLB will adjust to the times is crucial for anyone with a bookie operation, as you will need to know how you will be adjusting to these changes as well. Aside from asking how do bookies collect money, new bookies should also be asking how all these league adjustments will affect their respective sportsbooks. 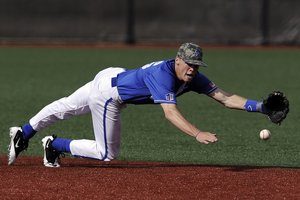 Aside from the calendar itself moving, a few key changes should be worth noting. First off, instead of just having 10 teams, the playoffs will have 16 teams this season. There will be a sprint for a new format where baseball fans (and bettors) will have more baseball playoff entertainment than before. Which, hopefully, will translate to a highly entertaining postseason.

Under the new rules, all second-place teams in the 6 divisions will qualify for the playoffs. As for the 7th and 8th playoff teams in each league, the best record will determine their fate. In case you are wondering how to fix this in your sportsbook, you will not need to worry as the betting software will adjust and the lines will reflect these changes in real time. Any changes you make in your lines will be reflected in real time as well.

The playoffs will have its first round between September 29 and October 2. They will have 4 3-game series per league. All games will be played in the stadium of the team with the higher seed. The rounds after this will be the usual: 2 division series per league of a 5-game series. The American League, National League Championship Series, and the World Series will all be a 7-game series.

This means that more than half of the league’s 30 teams will be joining the playoff season. And while fans will not be able to watch the games live for now, sports channels will be streaming and airing the games live. And for sports bettors who are waiting for baseball season, the wait is almost over.