French Horseracing will Start again in May 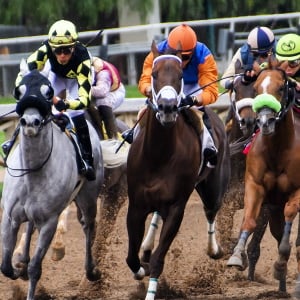 Back in March of 2020, many authorities began to postpone sporting events leaving the sports betting industry in jeopardy. Right now, the Horse Betting industries and horseracing venues are currently in financial trouble. Thus, in order to help mitigate the blow, many racetracks are beginning to hold races without spectators. According to Horse Racing Software companies, it is no surprise that French Horseracing will Start again in May of 2020.

The suspension of horse racing began March 17 because of the coronavirus. However, the horseracing industry supports many families in France. Thus, France Galop, the governing body of flat and steeplechase horse racing made the decision to restart horse racing.

According to Pay Per Head Blogs, they said that horse racing could resume on May 11 but with certain restrictions. The France Galop said that the races will be done in strict environments to protect the health of everyone. Thus, the horse races will not be open to the public and be subject to many strict restrictions.

Horseracing will restart with several restrictions

France Galop chose to resume horseracing on May 11 is because France will also loosen its restrictions on that day. Restarting horse racing will certainly be a big improvement for people that rely on the horseracing industry for their livelihood.

Some of the restrictions include limiting the number of personal during races to a bare minimum. However, these restrictions are nothing new. This is because before stopping all races, France Galop and Le Trot already had made the races closed to the public.