How Pandemic Led to the Rise of Esports

Most sports Channels air replays and talk shows throughout the day due to the lack of live events. As a result, most sports bettors wager on table tennis matches played in Ukraine. Another thing that happened is the rise of esports.

Without live sports, esports gain more audience. Also, sponsors took notice of the trend. Big bosses of traditional sports organizations are now talking to esports groups for possible tie-ups. With most people staying at home, online games become more popular than ever before.

Esports became the last man standing in the world of sports and entertainment. With no merchandise sales, tickets, or broadcast revenue, organizations are bleeding money out. One way to stop the bleeding is through esports. 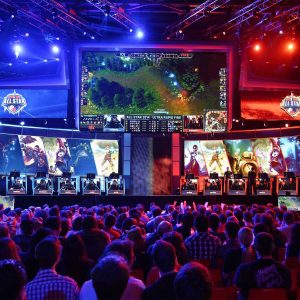 New Zealand Football came out with a three-week tournament for its fans on the FIFA video game. ESPN aired the finals match between Devin Booker and Deandre Ayton. Many basketball fans watched the games. In the end, Booker won the tournament and $100,000 prize money went to charity, according to sportsbook PPH news.

The short-term popularity of esports was due to the lockdown and lack of live sports on TV. Most fans do hope that the coronavirus pandemic will be over soon, and games are played again. Although most sports have already canceled this year’s season, hopefully, things go back to normal next year.

However, sports organizations and sponsors are already looking to develop a long-term plan involving esports. They want to be involved not just in sports simulations, but in significant esports games as well. Some games eyed by major corporations include League of Legends and DOTA.

The pandemic is also the right time to learn how to start a bookie business. You should read tips and guides on becoming a bookie today. That way, you’ll be ready to accept wagers once sports return after the pandemic.