Just like the rest of the United States, Nevada sports are suspended indefinitely due to the COVID-19 pandemic. According to the Nevada Interscholastic Activities Association, the governor ordered the closure of schools until April 6.

As a result, sports teams will not practice or play before schools go back into session. The NIAA is working on backup plans for the possibility of shortened seasons. Also, they are working on schedules for state and region tournaments.

Their plans consider the number of days and weeks that will be available for tournaments when schools are back to normal. Also, they will determine when schools allow student-athletes to compete. 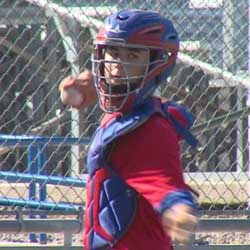 Based on PricePerPlayer.com sources, the NIAA is anticipating that teams will be divided into groups of three to five. They will play with each other to qualify for a Region Tournament. Group stages might lead to eliminations depending on the time available for tournament play.

For boys’ golf, schools can enter a group of six players in the Region Tournament. However, the schedule of the tournament will not go beyond the end of the school year. If there’s not enough time to complete the competition, then the NIAA will only hold a region tournament.

Sportsbook pay per head for agents found out that the NIAA hopes all competitions will be held as planned. Unlike other states, Nevada managed to complete its state basketball tournament for both boys and girls.