Three-time Olympic champion Sun Yang has been banned from participating in swimming events after missing a doping test in September 2018. FINA initially cleared the Chinese swimmer. However, the Sun Yang 8-year ban came after the World Anti-Doping Agency appealed the FINA ruling at the Court of Arbitration for Sports.

CAS overturned the initial FINA ruling and imposed the long suspension. It was already the swimmer’s second doping offense. He served a three-month ban in 2014 for taking Trimetazidine, an illegal stimulant. Sun told pay per head sportsbook news reporters that he would appeal the decision.

Sun claimed he is innocent. Also, he thinks the decision was unfair. FINA said that it would implement the CAS ruling if there’s no further legal action. According to CAS, Sun can challenge the decision before the Swiss Federal Tribunal within 30 days. 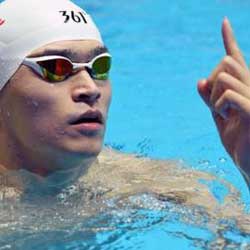 Sun said he missed the test because testers didn’t provide proof of their identity when they showed up at his home. Also, he denied smashing a vial containing his blood samples. CAS said that they found it hard to understand why the swimmer destroyed his sample collection containers.

CAS noted that Sun could have questioned the identity of the testers while keeping the samples intact. However, he destroyed the samples even after the testers gave warnings. Also, destroying the sample containers eliminated the chance of testing him later.

WADA accepted the CAS ruling. The anti-doping organization said that it was satisfied with how justice was rendered in this case. At the 2019 World Aquatics Championships, Sun won gold in the 200-meter freestyle. However, Duncan Scott from Britain refused to share the podium with the Chinese swimmer. Also, Mack Horton had a similar stance after the 400-meter freestyle event.

If you want to be a bookie, don’t be like Sun Yang. Be sure to follow the rules to avoid suspension or fines.