Get your sportsbook pay per head software ready for the betting action from MMA fans. It’s a leap year bout and the UFC Norfolk Fight Night is much-awaited. The evening will be headlined by a flyweight fight between Joseph Benavidez and Deiveson Figueiredo. The fight for the main card will begin at 8:00 PM ET.

Before we begin with our preview for the fight, we’re reminding you of Henry Cejudo, who is, technically, the flyweight champion. However, Cejudo relinquished his title so he can compete in the bantamweight division alone. Cejudo is the reigning champion in that division as well. The upcoming fight will be for this newly vacated title. 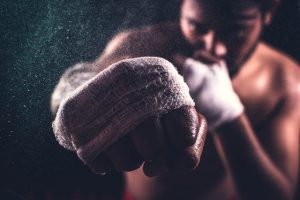 American and 35-year-old Benavidez is the No. 1 contender. This is his third title shot, with the first two lost to Demetrius Johnson. He has won his past three fights. Benavidez’s current record is 11 wins by decision, 9 by submission, and 8 from KO/TKOs.

Leading the evening will be a featherweight title fight between Canadian Felicia Spencer and Frenchwoman Zarah Fairn Dos Santos. Spencer is the favorite at -800, while Dos Santos is at +500. If you are wanting to learn how to be a bookmaker, then you should consider learning about MMA. Mixed martial arts is one of the top rated sports around the world. Even though the fights are not as regularly scheduled as football or basketball, they generate a lot of fan interest and ratings.

The multiple bouts that the UFC alone has in a year can provide a great source of income for bookies. Just make sure to promote the upcoming fights in your sportsbooks in advance, so your players will be reminded of the games, and they can preview the odds and place their wagers.