The AF Bowl gave Justin McMillan a storybook finish for his college football career. He won two state championships for a nearby school. Also, he was the starting quarterback for Tulane for two years after his transfer from LSU. He threw three TD passes in the third period to orchestrate a come from behind win with the final score 30-13. 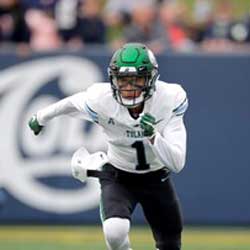 Tulane is on a two-year streak of achieving bowl wins. Southern Mississippi got a 13-point lead before halftime. However, things went from bad to worse for the Golden Eagles. First, their quarterback, Jack Abraham, took a bad hit before the first half ended. He didn’t return to the game.

According to sportsbook pay per head archives, McMillan went 9 out of 10 in the second half for a total of 193 yards. It is an excellent finish for the season for the Green Wave after losing the previous three games of the regular season. Aside from winning the AF Bowl trophy, Tulane also won the Battle for the Bell.

If you love football, then you should consider starting a sportsbook. The Super Bowl is just around the corner and you still have time to learn the secrets of successful sportsbooks. That way you can emulate their achievements.

Learning the inner dealings of a bookie business will help you find answers to common questions, such as how do bookies collect money and more.