One word to describe Ohio State vs Kentucky game is physical. However, the Buckeye won the game, which felt like it was already a March Madness game. The number 5 Ohio State outlasted the number 5 ranked Kentucky in what critics are calling a modern classic game. The final score was 71-65.

Both teams went back and forth for the entire game. No one wanted to give up. However, the Buckeyes executed better in the final minutes of the game, led by DJ Carton with 13 points. Helping him with the scoring load is Kaleb Wesson with 12. However, the latter fouled out with 3:30 left in the game. Also, he had eight rebounds.

It was a physical game with body checks, shoves, and elbows. Buckeyes’ Duane Washington Jr. played only eight minutes because of a rib injury. As a result, other players had to step their game up. 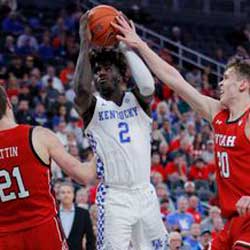 Carton had the most possessions in the second half, according to a sportsbook software provider. The plan paid off when he scored a 3-pointer with over a minute left in the game to give his team a seven-point lead.

Although CJ Walker scored a three of his own to keep Kentucky within striking distance, the Buckeyes scored four free throws in a row in the last 18 seconds of the game to seal the deal. Buckeyes coach Chris Holtmann said that his players played confidently to beat the higher-ranked team.

On the other hand, Kentucky is on a two-game losing streak. They lost to Utah Wednesday. Both games were close to the end. However, they failed to execute their plays properly by not passing the ball. Coach John Calipari said his boys are still learning.

Are you thinking of becoming a bookie? Be one with a pay per head solution. Start one today, and you’ll be ready in time for March Madness.