Fantasy basketball players and sports bettors are happy with the new NBA starting lineup rule. The league announced that it now requires teams to publicly post their starting lineups 30 minutes before the start of the game.

Also, the commissioner revealed his office’s plans to prevent tampering. The NBA just experienced a free agency period that saw deals made even before official negotiations took place. Sports news outlets welcome the new measure to stop tampering from happening. 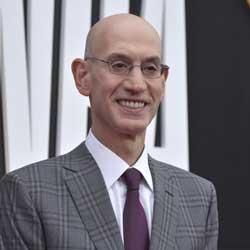 The league planned to impose a $10 million fine for teams guilty of tampering. However, this is only effective if the league enforces its anti-tampering rules in a transparent manner. Although tampering rules don’t impact sports bettors, it is an important rule to ensure teams are not breaking them.

Adjusting the timeframe to post starting lineups will allow teams, media outlets, and fans to prepare for the game. Also, it protects players’ privacy regarding their health. Some coaches said they make last-minute changes to frustrate and confuse their opponents.

In fact, league officials said that the new rule doesn’t benefit the teams. It is all about gambling and making league data more transparent. A player listed as a game-time decision can move the lines depending on his status.

Betting lines usually move right before the start of the game. The additional 20 minutes can make a huge difference to bettors who are waiting for the status of an athlete. In the history of online sports betting, it is the first time the NBA changed its rules in favor of bettors.