Watford sacks Javi Gracia with just five games into the season. The team replaced him with former coach Quique Sanchez Flores. Sanchez Flores managed the squad during the 2015-16 season when the team finished 13th place and reached the FA Cup semi-finals.

Watford sacks Javi Gracia after leading the team to just a single win out of their last ten games that stretched back to April. In their first four Premier League games, they earned one point. As a result, they are in the last place. 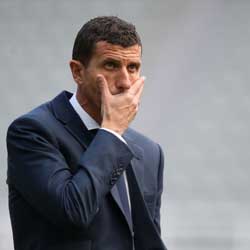 Last season, Watford was in 11th place, which was their best finish in the Premier League. Also, they qualified for the second FA Cup final in club history. Chairman Scoot Duxbury told pay per head sportsbook news sites that Javi represented the team with great dignity. Also, he said that the former coach deserves the club’s fullest respect.

Gracia left the team along with his coaching staff. He has been in charge of the squad since January 2018. In fact, he is the first Hornets manager to last more than a full season since 2013. After the announcement of his firing, the team announced the signing of Flores.

The club released a statement stating that everyone wishes Javi and his staff the best for their future endeavors. Also, they are welcome to visit the club anytime in the future. Gracia didn’t complete a full year in his four-and-a-half-year contract with the club. Also, Watford had the option to extend the contract to three more years.

Watford had a reputation of changing coaches on a regular basis. Since Gianfranco Zola left the team in 2013, they had nine coaches. Flores is the only one to become the team’s manager twice, according to a sportsbook pay per head for agents.